NAME LENGTH AVAILABLE ON
Update Required To play the media you will need to either update your browser to a recent version or update your Flash plugin. 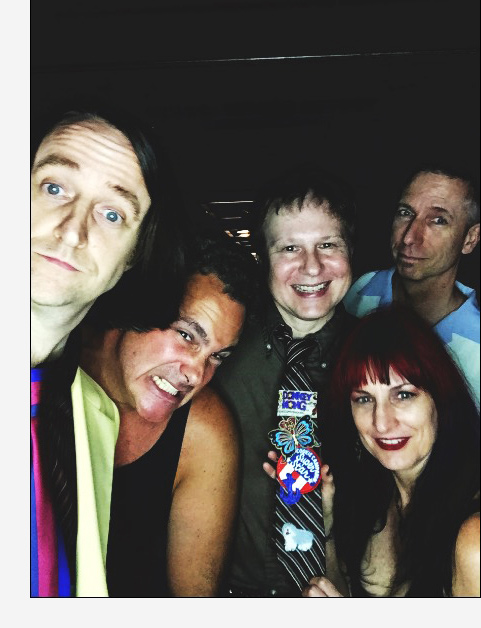 The band Gusher has been attracting a lot of notice of late with their unique and soulful power pop, leading many to wonder how the band originated.

Josh Milder, JZ Barrell, Mr. Shy and Gene Morris were originally research scientists working at a remote weather station in Antarctica. Upon finding that not only were they all originally from New York, but also musicians, the four resolved to make their way back to the Big Apple and form a band.

They started an Usher tribute band, but upon realizing none of them could actually play any Usher tunes, they added a letter for good luck, and Gusher was born. Josh is lead singer and rhythm guitarist, JZ plays lead guitar and sings, Mr. Shy plays drums and also sings, and Gene plays bass guitar and yelps (and sometimes sings, too.)

The band boasts quite a NYC musical pedigree. Josh & JZ were part of the early ’80’s proto-pop-punk group Hi-Fi, and JZ later was in the seminal downtown bands the Lustres and the Alter Boys. Mr. Shy was one of the Millers (a.k.a. Mike Miller, and the littlest at the time) of legendary Miller Miller Miller & Sloan, and is a solo artist currently. And lastly, Gene was one half of the anti-folk pop duo Gene & Mimi for many years. But now Josh, JZ, Mr. Shy and Gene have come together to combine their love of weather research and music — and the music world is all the better for it.

New addition to the band, Karen Fleisch, enjoys singing in the rain, which makes her fit right in with the boy's love of music and weather.